The program is complicated, but the process should be simple, redundant variables, expressions, errors, and the like may greatly limit the performance release of the program, but the processing of these problems is often compared to algorithm complexity. The lower thing is easy, even through the optimization of the compiler, some programmers’ bad habits are changed in the bottom layer!

When you start compilation or computer composition principle, you may feel that the program code and compilation are at least one or one, how will it be too poor, and later understand the program optimization, I know that the original compiler is We have done so much work, allocate from register, code selection and sorting scheduling, unreachable code, to illegal code clearing, etc.

But the compiler is also a limitable. As a creator, it is difficult to predict all the issues that appear during the running process, and it is more difficult to compile the compiler, only through existing static code, do Static analysis, exclude some grammar, semantic errors, runtime errors can hardly troubleshoot, unless you do a lot of preset conditions to judge, and often local code analysis is much smaller than the overall analysis price, so new version of GCC The analysis is carried out in a separate file.

Therefore, when the compiler of the code is in the face of unsurely optimized risks, it can only follow the original meaning of the code, and cannot do excessive extensive optimization results in its change, so the compiler must be conservative.

Do not consider the specific processor and compiler, just to C language

Reduce the frequency of calculation, which always generates the expression of the same result, and these expressions are called multiple times in a loop or many places. 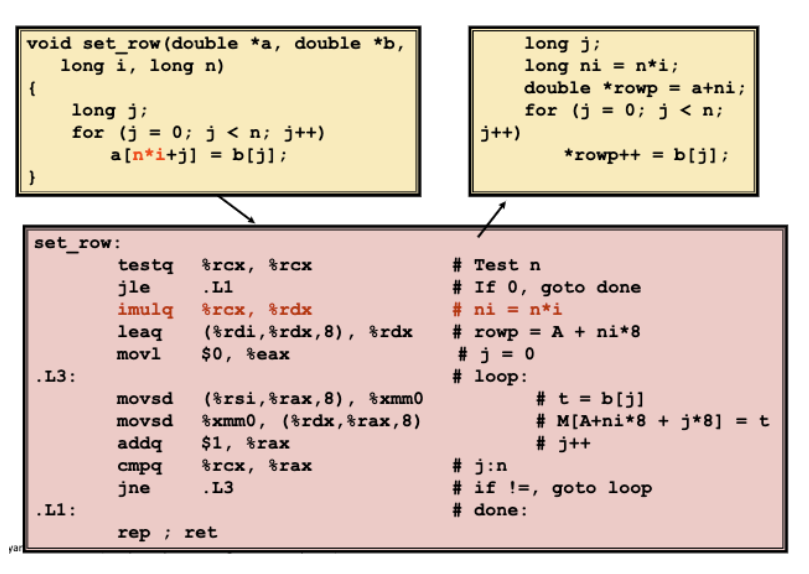 Replace the cost of high-cost operations with a minimum cost, such as using a shift operation, but generally replacing those 2 times.

Or use the addition to replace multiple multiplications.

One of the obstacles to the optimization: function call

A function of string to lowercase as an example

The bottleneck of this function is called once when it is determined whether I exceeds S.strlenThis step is very high, so the length of each query string is needed, and the complexity is\(O (N)\)So the final complexity of this function came.\(O (N^2)\)Make the results unacceptable.

Therefore, for this time, it is called, but the result of the call is the same function. We should take it out and store it in a variable, so that each loop only needs to be compared once, not need Execute a function.

So we can write the following function.

So only need to call oncestrlenIt is our efficiency to improve.

In this code, repeat calls many timesb[i]In fact, this variable only acts as a stored role, but the program will access memory each time, therefore causing a large overhead.

The resulting assembly code is as follows

In the third line here, it is read from memory.b[i]The value, and this is in a loop, the number of executions will be very large, resulting in a decrease in efficiency.

So we can use a temporary variable to store the results added, and then assign the result after the completion is completed.b[i].

Use of memory alias

The superbatch processor can perform multiple instructions within a clock cycle, which are all acquired from the same consecutive instruction stream, usually dynamically scheduled.

The advantage is that there is no need for a specific code insertion, and the over-scale processor can use the instructions of most program code to perform code in parallel.

Modern processors can often perform multiple instructions at the same time. This technique is generally implemented by the pipeline, and when a command is related to the operation results of the previous instruction, you need to wait for the last instruction operation to complete, before you can continue This forms a sequential dependency. 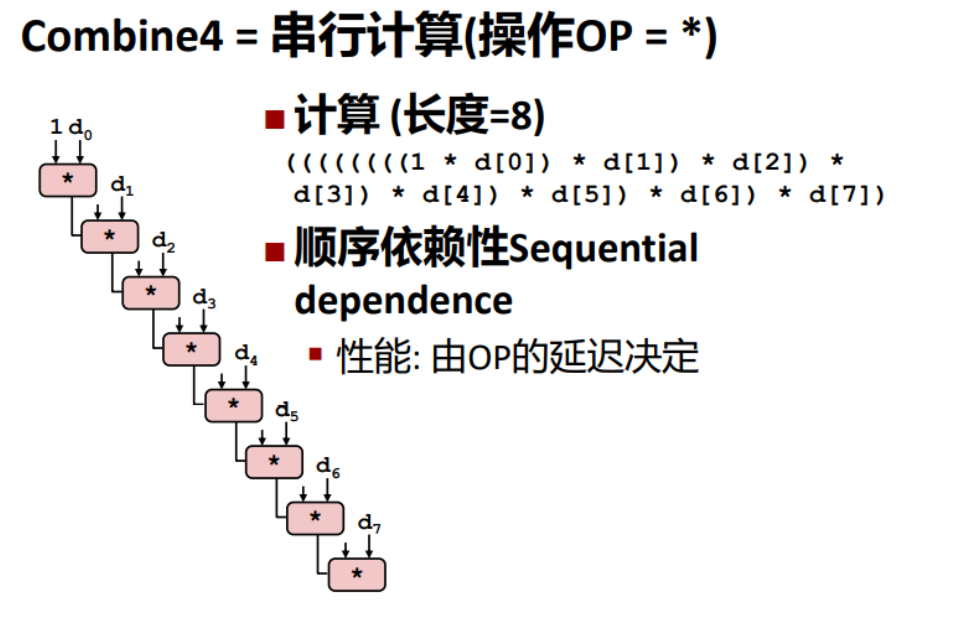 Sequential dependency reduces the operational efficiency of the processor.

We can crack this sequential dependence through a recombinant cycle development.

We replace the operation assignment statement of one of the loops to this statement:

Equivalent to the summary of the odd and even number of operations in two variables, in the last merge, but this requires the operationHave a exchange law!

This is dependent on